The Worst Life Ever. 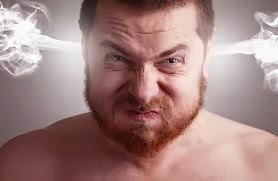 Last night, Conor became upset and almost-but-not-quite had a tantrum. Honestly, these almost-tantrums are just as stressful as real tantrums if only because of the anticipation of it. Especially before bedtime.

At bedtime, I'm all let's-get-this-over-with-it's-late-and-I'm-sick-of-this-shit kind of thing. The sooner we get started, the sooner we finish, sad to say.

Not to mention that whenever Conor gets worked up, I get a great big ball of sick in my stomach, and I'd put up with pretty much anything to make it go away. Even a tantrum.

Worked up, that's the clinical term.

I don't know why Conor was worked up last night. I told him that we weren't getting a rabbit named Dakota. Or a rabbit named Austin. Or any rabbit named anything at all, for that matter. Maybe that's why. (Where does he get these things? I blame Caillou, that little asshat.) 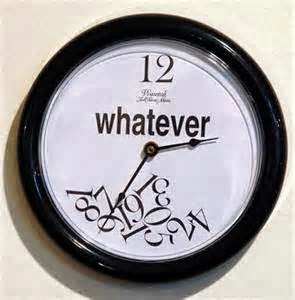 My husband, on the other hand, blocked Conor's attempts to start his Treasure Chest time two minutes early. Maybe that was it.

As my husband took on the unenviable job of getting Conor to sleep, I checked on Aidan, our typical 11 year old.  Flat on his belly, he lay on the twin bed in his room across the hall from Conor. His feet were where his head should've been as he propped last year's school yearbook in front of him. Aidan would've been asleep 30 minutes before (he gets up so early for the bus) but, really, who can sleep with all that carrying-on and such?

I glanced at the half-finished bowl of soggy Cheerios on his bureau, and I sighed.

"Time for bed," I said, flicking on his night light, his fan, his humidifier, his sound machine. Wearily he rose to visit the restroom one more time and returned to take a hit of melatonin before he settled himself under the covers. He still has a wicked case of sleep anxiety, my typical kid. We have quite the routine.

"I think I might have started Conor's upset," Aidan confessed to me as I turned out the light, his eyes closed. "I tried to ask him why he was screaming and jumping around in the shower. He said it was because he liked it and he was being appropriate, and I just went--pffffft. And shook my head."

"I don't know, Aidan," I replied. "Dad thinks it was trying to start Treasure Chest time too early. I think it was because I told him he couldn't have a bunny rabbit named Dakota. I'm not sure even Conor knows, honey. It's not your fault."

I gave him a hug, squeezing extra tight.

"If you want to talk to me about your feelings, Mom, you can," Aidan gently said to me. "It's ok." He patted me on the back.

"Well," he said rubbing his eyes wearily and falling back on the pillows. "I don't mean to upset you or hurt your feelings, but sometimes I feel like I have the worst life ever."

What do you say to that? I'm sure some of it is pre-teen angst, but really? I have trouble coping with Conor's behavior, and I'm an adult. So I said the only thing I could think of.

"I know it's tough, sweetie. It's not easy to deal with. But think of all the good things you have in your life. Baseball. Good friends. A good school. Homework." I laughed.

"Homework," he groaned, pinching the bridge of his little button nose. "Torture."

One of my favorite songs--