Give It A Rest 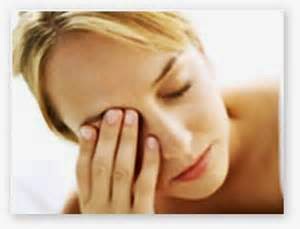 Have you ever been so tired that you can't fathom ever not being tired anymore? God, I am so tired, and I've been having these stupid heart palpitations since I had elective surgery in January.  (They do, I have to say, look fabulous, thanks for asking.)

These heart palpitations, though, are totally freaking me out.

And I'm supposed to be going away next week with my typical son for a bit of respite. Which sounds really great, but leaving for 5 days fills me with anxiety.

Well, fills me with more anxiety than I already feel on a daily basis because, let's be honest, I have anxiety all the time.

I suppose I could say it's because Conor is really Mommy-focused these days, but that's not the whole truth. There is so much routine for my husband to remember here at home, there's the ever-present fear of a tantrum, we have a freakin' menagerie of animals now, and of course, the palpitations.

(The cardiologist can see me in 3 weeks, the receptionist said. Oh sure, it can wait. It's just, you know, my heart.)

And Conor, who just turned 15 in February, he's having a hard time growing up recently. I know this, because he tells me he doesn't want to grow up.

"Conor," I said to him this morning as he begrudgingly woke up over a bowl of oatmeal, "you did a really nice job of making a teenager decision last night to do your BRTs when you were upset, and to stay on Level 3 with your good behavior. Way to go!"

"Conor doesn't want to grow up," he muttered, rubbing his eyes.

"Why?" I asked. "Are you scared to grow up?" (I know, I'm leading the witness. Sometimes you have to, the communication disorder is just so hard.)

Of course, in the past, Conor has said he wants to be a baby because "babies get to hit". Those are his words, by the way. Babies don't get in trouble for hitting, he thinks. (Ok, insert frowny face here.)

But this time he admitted that he was scared to grow up. Which I get, 'cause it's, you know, scary. And he can't deal with the increased societal pressures of behaving appropriately very well. It's hard for him to hold it together a lot of the time.

But then we watched "My Cat From Hell" and the woman's cat had died. (It was the replacement cat that was the terror.)

"Why did the cat named Mia die?" Conor asked me, tucked under the fleece blanket on our couch. It's been freezing here in Maryland.

"Conor's not getting old. Conor won't die," he continued.

"No, sweetie," I assured him, patting his arm. "You're still young! You're just a teenager!"

Christ, I thought to myself. Maybe I'll stop complaining about him watching Caillou after all. Nobody ever dies on Caillou. It's not like watching a Disney movie.

Still, I don't have to worry about that today. I'm too busy worrying just about next week and how things will go while I am gone. Still, I will get on that plane tomorrow with my almost 12 year old typical kid and will close my eyes and hope that everything goes smoothly. Except now the weather forecast is calling for snow and ice tonight into tomorrow because, well, why not?

Yeah, something else for me to worry about. Sigh. I need a break.