Some S&M, One Menage A Trois, and Shades Of Grey 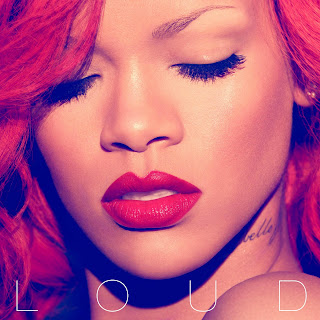 Last night, as I walked wearily in the front door after taking my typical 10 year-old to his drum lesson, I ran smack into Paisley and Conor playing badminton in our front hall. (Paisley is his 1:1 at home on Tuesdays.)

As soon as she saw me, she got a wry smile on her face and stopped batting the birdie back and forth.  Conor danced off; he was listening to his portable CD player at the same time.

She was trying hard not to chuckle.

"Um, Conor's had a lot of interesting questions tonight," she reported, bobbing her head.  "He wanted to know what S&M stood for."

My eyebrows shot up.

"I asked him what he meant, where he heard that" she continued, her eyes dancing.  "He told me--'Rihanna'."

Oh, for the love of Pete, I thought as I flung my purse onto the table.

"I told him it stood for science and math," she elaborated.  "I don't think he quite bought it.  Jim told him soup and macaroni."

"Why?" Conor had asked her, confused by the response.  "Why does S&M stand for science and math?"

"Because some people think they're fun," she replied, not really knowing what to say.  "Science and math--fun!"(You gotta give it to Paisley, she tries.)

Look, Rihanna, I'm sure your mom's real proud of your hit song S&M (it's quite a catchy little ditty) but how in the name of Mary am I supposed to explain this to Conor?  I've already had to navigate the land mine of Lovely Lady Lumps, for Pete's sake. I haven't even talked to him about straight-up vanilla sex, much less the trickier aspects of the whole whatever-floats-your-boat thing. 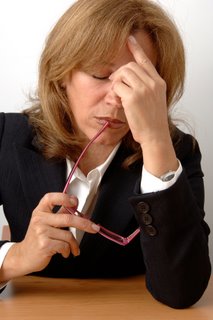 Forget that the song's probably a deconstruction of the media's fascination with some of Rihanna's relationships with less savory types (at least that's what the video suggests to me). I have no desire to write a dissertation on the topic.  What I want to know is this...

How do I explain this to my son who is chronologically a teenager but, in many aspects, is much younger than his 10 year-old brother? My son--he can't tell me what he did during the day but can find anything he wants on the computer, on the iTunes store?

Already, I've danced around (metaphorically and literally) Katy Perry's mention of a ménage à trois in her smash Last Friday Night. (My kids don't speak French, though, so I think I'm golden on that one. Fantastique!)

It's the age old rock 'n roll push-me pull-me of one generation to the next, I suppose.  I'm sure my mom wasn't too fond of Madonna, although I certainly thought she was da bomb.  But please, I'd be happy to talk to Conor about what "virgin" means, but bondage?  Threesomes?  Seriously?

Um, no, that's what the Internet is for, sweetie. I'll move your computer into your room tout de suite.

Honestly, I don't know what criteria the FCC uses to judge these things.  Fun.'s song talks about "getting higher than the Empire state" and THAT's edited out (sometimes) but S&M and ménage à trios make the cut? Really?

I don't know about you, but I'd much rather talk to my son (typical or otherwise) about the dangers of heroin and methamphetamine than whips and chains.  (Which I only mention because she sings about them in the song, I swear.)

I haven't gotten past good-touch/bad-touch with Conor, how in the world am I supposed to explain S&M? To a kid who will, in reality, most likely, never have sex?

I know! Instead of reading to him from Charlotte's Web, or Stuart Little, or even The Lemonade Wars, I'll start him on 50 Shades of Grey.  That'll certainly be educational in more than one way.

"Le Sigh." That made me laugh my le posterieur off.

This music is a real problem though, and it's the same at our house. But this talk is coming, and I'm not sure how long we can dodge it.

It's ridonkulous. I'm going to start pushing back toward more country music, LOL. He likes listening to the popular radio station here in town, though. You can't get away from it!