Paisley, Conor's in-home aid, laughed at me yesterday while we were in the kitchen getting Conor's after-school snack together.

"You need a chastity belt, Alisa," she teased.

Or maybe an iron corset?  I don't know what is going on with my soon-to-be 14 year-old son lately, but he is all over me like a bad first date. I mean, I was groped less at fraternity parties in the early '90s.  And I wore eye make-up and pants without elastic waistbands back then!

Yeah, yeah, I know, I know, puberty.  I get it. We've had this issue for years, though, and I just can't get it through his brain that it's gross. Your mom, dude. Uggy. Blech. Barf. Gag. Gnarly.

I'm just at my wits' end. It is so hard to get him to change his behavior. Any behavior, really, but this one seems so entrenched.

For awhile, it seemed like he got the message.  I could wrap him up in a big bear hug and squeeze the mess out of him without his hands going all over the place. Or he'd want to touch me, but in a rather odd way, not in an icky way.

But the inappropriate touching has come back, and it's really breakin' my crayons. For all his challenges, Conor is extremely huggable, and it's tough for a mom to not hug her little snuggle bunny. He's hard to resist sometimes, with those blue eyes and chubby cheeks.


Some individuals with autism shy away from physical contact. Conor, quite the opposite, has always been affectionate. He craves physical human contact, like a smoker craves his next cigarette. And he's just the right height to attempt to kiss my neck each time we go for a hug. Ew ew ew.

I have to say, it's not all about puberty.  Sometimes, he legitimately wants to be playful. He'll jam his fingers into my armpit and wiggle them around, looking expectantly at my face for a smile while he "tickles" me.

(You know, you just can't hold your arm tightly enough to your side to stop those sneaky fingers from getting in there.  Try it, it's hard! And, it goes without saying but I'm saying it, really gross at the end of a hot July afternoon in Charm City.)

"Want to touch Mommy's back fat!" he'll yell gleefully, a big grin on his face.

"Mommy does NOT have any back fat, thank you very much," I reply as I glare at him. I still have to bat his hand away, even after I say no thanks.


In any case, after some extensive searching on the Web, I stumbled upon the perfect chastity shield.  I think that this shield will not only thwart my son's attempts to grab, tickle, touch, or squeeze any inappropriate part of my body, it will also protect me during one of his tantrums.  As a bonus, I could defeat perpetrators of evil around the world while still getting dinner cooked for the family.


I'll take one in black.  It's slimming. 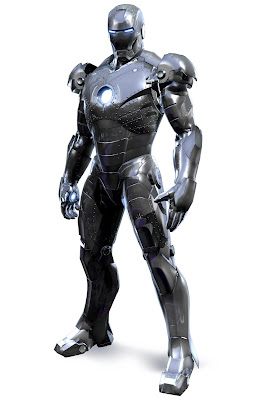 Sorry, Conor, but you'll have to save your lovin', touchin', squeezin' for your girlfriend, LOL.

Wow... I am always playing defense and getting loved a bit too much! If you find some extra protection. Let me know! heee heee!

Angelina's tattoo could make up for a really good vehicle graphic design. Anyways, your post is awesome!

I remember a commercial about father’s that is similar to your story. My father also experienced this when my brother hit puberty.